I wish I painted this (but I didn't). 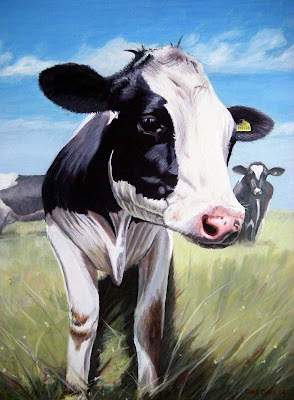 A while ago, I was contacted by a guy called Chris Chalk, who liked one of my photos on Flickr and wanted to know if it was ok to use it as the basis for an oil painting. Of course I said yes - I was pleased as punch to be asked. So then last Thursday I received another email from him, attaching a photo of the final painting. Well! I fell in love with it immediately. I love fresians, and if we weren't on such a strict spending ban I'd be buying this for myself. But unfortunately I can't, so I'm doing the next best thing and blogging about it instead. 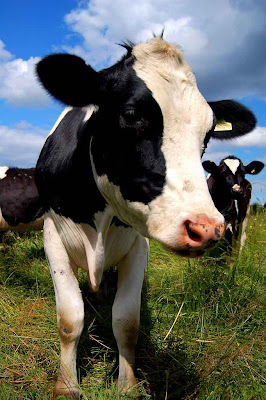 Isn't it fantastic? (The painting, I mean, not the photo.)

Oh and on Chris' website, he has a section where he shows the work in progress, which is very interesting.