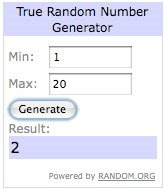 There were twenty comments (actually there were twenty two but one was mine and one person left a second comment as she forgot to put her email address in the first comment). So I used random.org to pick a number between one and twenty. And the lucky number was... 2.

The winner is ALEX! Congratulations Alex, I'll send you an email to get your address.

I like this giving stuff away thing... I also have a subscription to Patrones - a fantastic Spanish magazine similar to Burda World of Fashion. Some of the magazines are for kid's clothes, which is no use to me. I wonder if people would like to win those... :D

I'm going to a calligraphy class this afternoon and life drawing tonight so hopefully I'll have something nice to post later on!
12:12 AM
ani